“Giving back to the community of our time and money has been in our family’s DNA for many years,” says Steve Lappan. “Simply put, it’s the right thing to do.”

The Lappan Family has a long history with the Community Foundation for Northeast Michigan. A. James Lappan became involved in the Foundation’s earliest years as president; his sister, Elizabeth “Betty” Connolly, became its executive director for several years after her retirement from Lappan Agency, the family’s 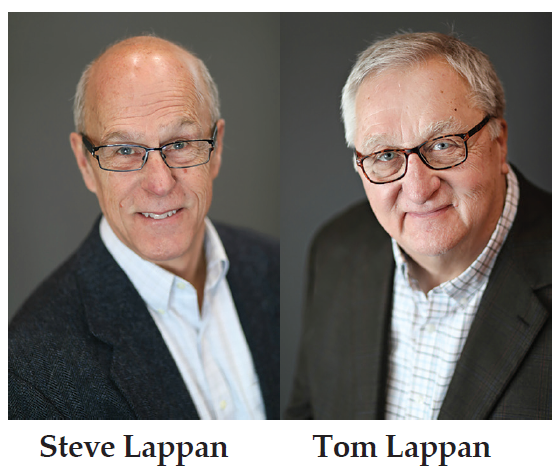 business; and James’ sons Steve and Tom would both serve on the CFNEM Board of Trustees in various positions, including its Presidents.

In 1989, the family established the unrestricted Lappan Family Fund, which boosts the annual funding available for CFNEM’s Community Impact grants. Over $20,000 has been used to support those grants for Alcona, Alpena, Montmorency and Presque Isle Counties.

“CFNEM, its staff, board members and volunteers all have the best interests of the donors at heart, and have strong commitment to the area the Foundation serves,” said Steve Lappan of his family’s decision to create an unrestricted fund. “Who better to determine the needs than those who are ‘in the trenches’?”

Lappan added that because funds like the Lappan Family Fund allow the foundation to provide funding for needs as they change and evolve from year to year, and generation to generation, he encourages others to consider unrestricted donations.

“Northern Michigan is where we grew up and holds a special place for our family. The community has been good to us, so we, in return, should be good to our community,” said Lappan. “It is part of our business mission statement, our personal philosophy, and is a long-standing position for my parents, and for our whole family.”