Breaking News from the Council on Foundations...

The PATH Act, passed by the House yesterday and the Senate today, makes the IRA Charitable Rollover permanent law. The President is expected to sign the bill into law soon. 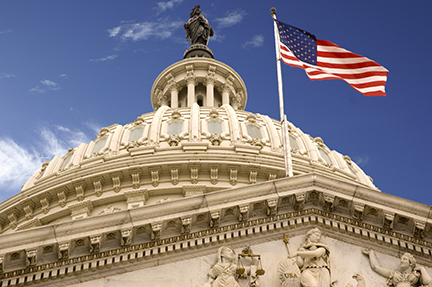 "This is a major victory for philanthropy and charities, the result of a dynamic and collaborative effort across the field. Making these vital charitable provisions permanent law ends years of uncertainty for donors and foundations alike. We are confident that permanence will open new opportunities for giving. I applaud leaders in Congress for taking this step, and thank all of our members and colleagues who worked side-by-side to make this possible," said Vikki Spruill, Council President and CEO.

Along with the IRA Charitable Rollover, the bill makes permanent the enhanced deductions for conservation easements and gifts of food inventory. These provisions were included in the House-passed America Gives More Act earlier this year. It also includes a few smaller provisions that would impact charitable organizations, such as a provision that would exempt transfers to 501(c)(4) and (5) organizations from the gift tax.

"We are disappointed that the bill does not simplify the private foundation excise tax or expand the IRA Charitable Rollover to donor advised funds. We have made significant headway with Congress pushing these policies forward, and will continue to actively keep these issues in front of Congress for future tax reform," Spruill said.

The Council on Foundations, its members, and colleagues have consistently promoted the value of making the IRA Charitable Rollover permanent law. Hundreds of Council members rallied together through the grassroots 5 Minutes for Philanthropy campaign, urging Members of Congress to take action on these charitable giving extenders. Colleague organizations and leaders in the field took up the #Act4Good and have generated well over a million impressions and reached over 100,000 accounts. Across the country, foundations continue to make their voices heard through emails and phone calls, on Facebook and Twitter.