Over $41,000 Raised on Giving Tuesday for NE MI Nonprofits

December 1, 2016 - In its second year of providing the platform for local nonprofits to participate in the ever-growing Giving Tuesday movement, the Community Foundation for Northeast Michigan (CFNEM) surpassed the 2015 event by helping to raise $41,187 with 495 individual gifts for organizations throughout the region on November 29, 2016.

“The people of northeast Michigan are incredibly generous, and that really showed on Giving Tuesday” said Christine Hitch, CFNEM’s Marketing Communications Director. “Our totals from donations received online, as well as from people who came in to our offices to drop off gifts were just over $41,000. But, as we are hearing from our participating organizations who received gifts that day, or even gifts in the following days inspired by Giving Tuesday, that number is easily now near $50,000.” 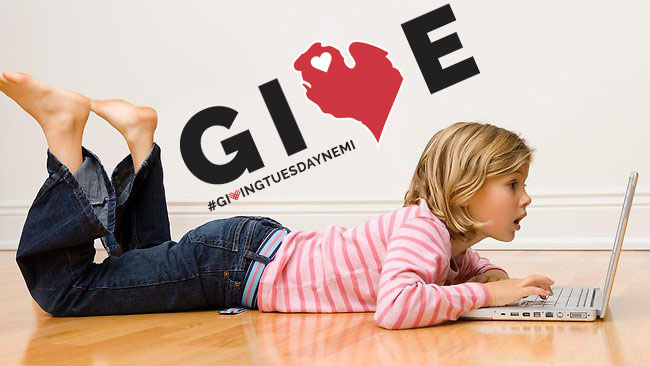 Giving Tuesday follows the widely recognized shopping events, Black Friday and Cyber Monday, to kick-off the holiday giving season. The hope for this movement is that people will set aside a few minutes from holiday shopping to give back to their community through the charities and causes they support.

“We are so grateful to be able to participate in this,” said Sue Keller, president of Friends of Negwegon State Park. “Our tiny nonprofit would never have been able to achieve this on our own. The support the Foundation gives to our organization makes preserving wild places possible.”

Thunder Bay River Center was among the top five organizations in both the number of gifts received and dollar amount raised. River Center volunteer Judy Kalmanek says the funds will be used toward the matching dollars needed for an application to USDA Rural Development for architectural costs.

“It was a surprise to find out how much support we received,” said Kalmanek. “We though a couple hundred dollars was what to expect. The amount was far beyond what the River Center received last year.” River Center raised $3,325 on Giving Tuesday this year.

“This was a great opportunity for the nonprofits we serve to mobilize their current set of supporters, and also to build relationships with a whole new group of people through social media,” said CFNEM Executive Director Barb Frantz. “Many of the participants who really marketed through Facebook and e-mail did incredibly well.”

Frantz added that the success of Giving Tuesday in northeast Michigan highlights the need for nonprofit organizations to be involved in social media and other online platforms as this form of communication and giving continues to increase in favor and popularity. In 2016, the number of gifts increased from 197 in 2015 to over 500 this year. Frantz said she and the rest of the Community Foundation staff fully expect that number to increase as they look ahead to the next Giving Tuesday, which is November 28, 2017.

“We learned quite a few lessons last year from running Giving Tuesday,“ said Hitch. “We learned a few more this year, and I know we’ll learn some more next year, too.  But we are excited and ready to take it on again in 2017!”

Giving Tuesday is a movement to celebrate and provide incentives to give. 92Y, a cultural center in New York City since 1874, conceptualized Giving Tuesday as a new way of linking individuals and causes to strengthen communities and encourage giving. The goal is to inspire people to take collaborative action to improve their local communities, give back in better, smarter ways to charities and causes they celebrate, and help create a better world. Giving Tuesday harnesses the power of social media to create a global movement dedicated to giving around the world.