“We are delighted to have excellent regional representation from northeast Michigan communities on our board as a whole, as well as serving on our Executive Committee,” said Patrick Heraghty, CFNEM Executive Director. “Each of the new officers is very engaged in their respective communities and the region as a whole." 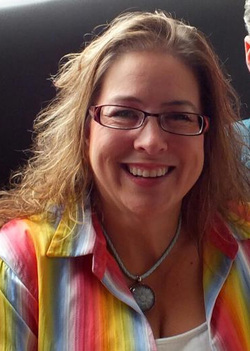 New Board of Trustees President, Lora Greene (left), has a law degree from Wayne State University and owns an Alpena-based practice, GPS Law. Greene has practiced law in the Alpena area for over 25 years. She also has a Bachelor of Arts degree in business and finance from Michigan State University. She is a member of the Rotary Club of Alpena and has served on the boards for First Federal of Northern Michigan Community Foundation, Besser Museum, Thunder Bay Theatre and the Alpena Senior Citizens Center.

“The Community Foundation has been a pillar of philanthropy in our community for decades, and its impact will only continue to increase,” said Lora Greene. “It has been an honor to sit on the board and serve as an officer, seeing its growth and transformations over the years. Now it’s an even greater honor to serve as the President. I’m looking forward to a very positive year for CFNEM.”

Completing their third three-year term in March were Esther Ableidinger and Tom Sobeck. Youth Trustee Alayna Nugent also completed her two-year term. Beth Carusi, of Wolverine, was elected onto the board as a trustee and representative of the Straits Area Community Foundation affiliate. Olivia Losinski, of Alpena, was elected onto the board of trustees as the youth trustee-elect.