Studying and working in visual arts is not as commonplace these days in a technology –loaded, business-oriented world. Yet for some students, the draw of creating art for a living is their dream. With the help of the Michael Wentworth Scholarship Fund at the Iosco County Community Foundation, several local students are seeing those dreams become a reality.

“This scholarship was motivation to push myself to attend the Kendall College of Art and Design for my undergraduate degree,” said Matthew Provoast, a Wentworth Scholarship recipient.  “Having this opportunity has allowed me to surround myself with such creative and accomplished people, and the Grand Rapids local art community.” 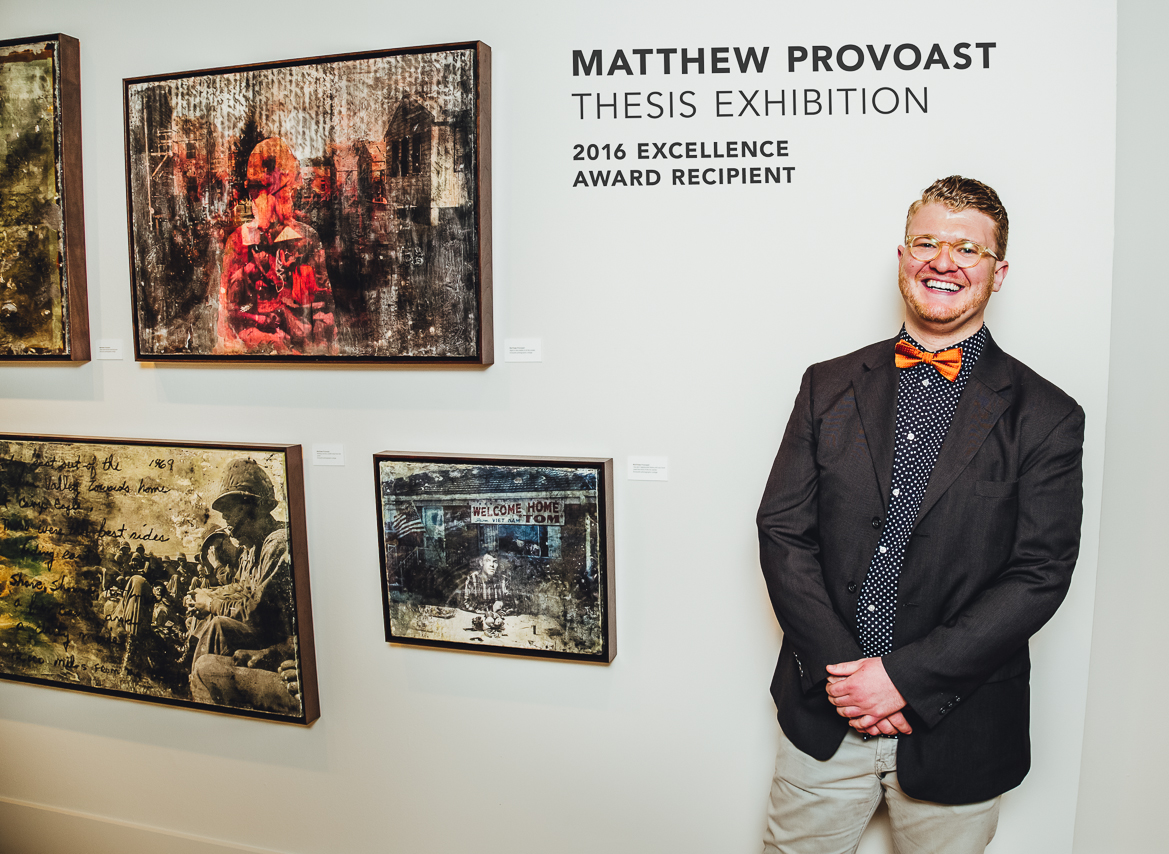 Provoast has received several awards over the years through the Michael Wentworth Scholarship Fund toward his education since he graduated from Whittemore-Prescott High School in 2011. The 2016 scholarship covered all of his final year at Kendall College of Art and Design.

Matthew Provoast now holds a Bachelor of Fine Arts with a focus on photography and graphic design. During his time at Kendall, he received the 2016 Excellence Award – an award determined by the college’s staff and given to one student per year with incredible achievements and skills in their chosen program. He currently works as the Digital Marketing Intern at Eaton Regional Education Service Agency and owns his own photography business as well. He plans to tackle his Master’s degree and is researching universities that align with his goals.

“One of the goals for this fund is to support art students throughout their education, to see them through the process and encourage them to stay on the path of getting an education that will lead to a successful career in their chosen visual art field,” said Christine Hitch, the Community Foundation Communications and Affiliate Director.

The scholarship fund was established in memory of lifelong summer Iosco County resident Michael Wentworth. His passion for art spilled over into his education and career, leading him to eventually become the Curator of Painting and Sculpture, Gallery Director and Head of Exhibitions and Events at the Boston Athenaeum. Mr. Wentworth died unexpectedly in 2002. His passion for the visual arts is the inspiration for this fund, and is currently the largest scholarship fund held at the Iosco County Community Foundation.

“While this fund is able to award large amounts in scholarships – currently it generates over $50,000 in new money each year – it is a very unique fund. Recipients don’t necessarily need to be graduating seniors,” said Christine. “The scholarship is open to elementary, middle or high school students who want to attend an art-related camp or program, as well as graduating seniors, non-traditional students, and current college students. Past recipients are also encouraged to reapply.”

Another incredible example of how this scholarship fund has helped one of our local artists is that of 2008 Tawas Area High School graduate Eric Thornton. Eric is a five-time recipient of the Wentworth Scholarship, which has supported his studies in earning a Bachelor of Fine Arts from Central Michigan University, and a Master of Fine Arts with an emphasis in Ceramics from the Penn State University. Currently, Eric is an Artist in Residence in Germany – an opportunity supported by the Wentworth Scholarship.

“This scholarship has given me access to unique artistic opportunities, like graduate school and artist residencies, which are really foundational experiences for developing a career in the arts,” said Eric. “In both experiences, I was able to gain access to an incredible network of artists, curators, and leaders in the art field. Those experiences, in addition to not having to cope with such significant debt, have given me a competitive edge within my career field.”

Throughout his college career, Eric received the Matson Benson Ceramic Study Award through the Matson Museum of Anthropology, the Graduate Award from Penn State, and has been an Artist in Residence in Kecskemét, Hungary. He is currently an Instructor of Ceramics at Penn State and the Program Coordinator of the John M. Anderson Endowed Lecture Series.

Ivy Kokoszka applied for the Michael Wentworth Scholarship as a junior at Tawas Area High School in hopes of attending Interlochen for her senior year. In 2015 she received a scholarship to cover her entire senior year there, as well as being able to attend a 2015 summer program at Kendall College of Art and Design. 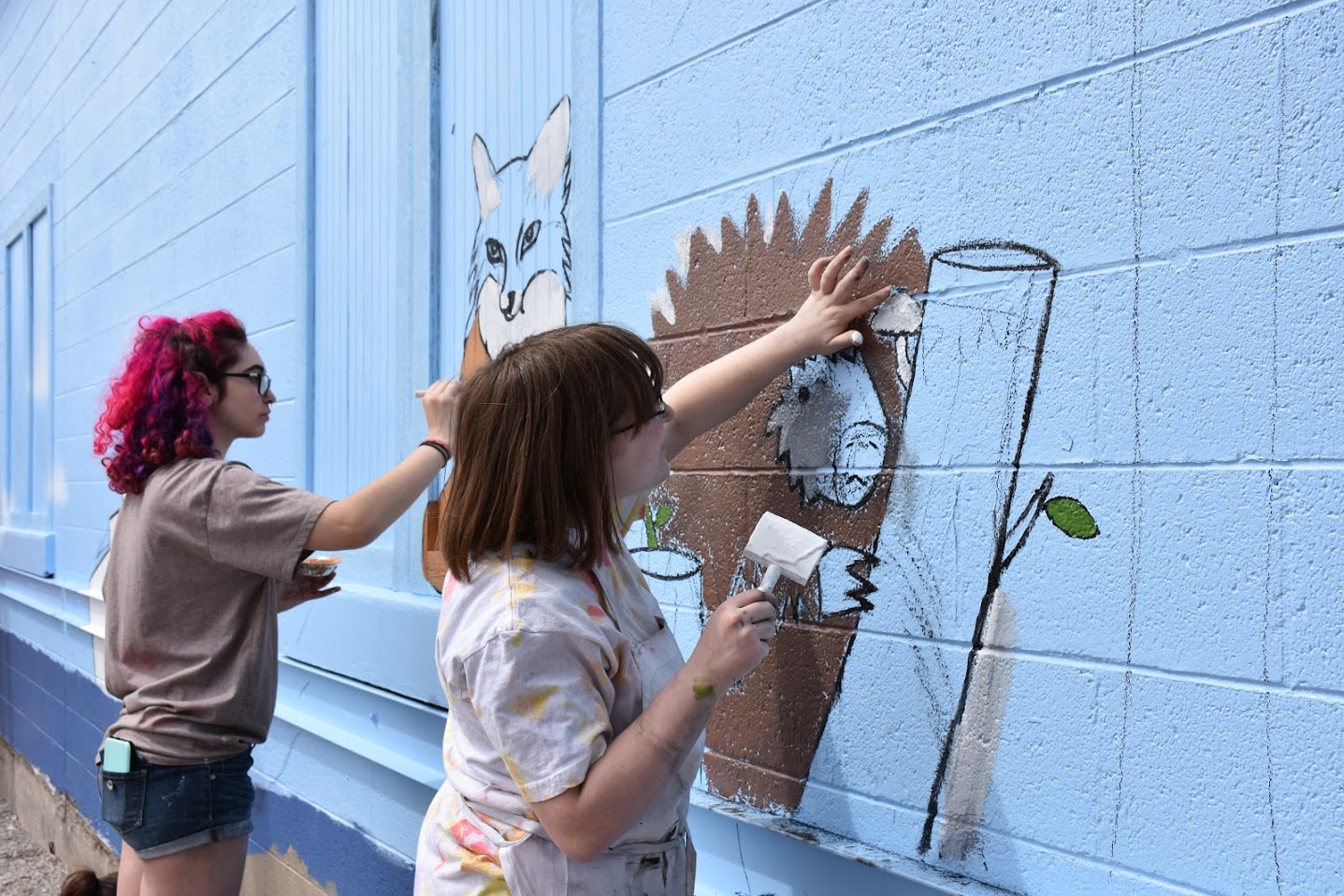 “This scholarship has helped me immensely,” said Ivy. “I would not have been able to attend Interlochen without it. It made me feel prepared for college, and while I was there I was chosen to be part of a small team of art students that created a mural for the Great Lakes Children’s Museum.”

Ivy re-applied for the Wentworth Scholarship in 2016 and received an award that will pay for a full year at the College for Creative Studies in Detroit where she plans to study illustration in the fall. Ivy was also the featured monthly artist in July 2016 at the Tawas Bay Art Gallery.

In an era where many don’t view the field of visual arts as a viable career option, Matthew Provoast wants to remind others that the field of art and design is becoming more prevalent in our ever-changing world.

“Most would be amazed how this field taps into a vast amount of different industries,” says Matthew. “What a great opportunity to do what you love and make a change!”

Eric Thornton adds that “as any artist will learn, we often have to negotiate two vastly different things. First, our wildly creative imagination and second, the reality of things like time, money, and location. So when you have the opportunity to take hold of something that can mitigate the second option and really give you an advantage for the future opportunities, take it. In doing so, try to pack as much as you can into it because another opportunity may not come along quickly.”