The Iosco County Community Foundation (ICCF) named Aileen Elliott of East Tawas as its 2017 Philanthropist of the Year.

“We are so honored to be able to recognize Mrs. Elliott for the volunteer work she has done for so many local organizations, and for the charitable contributions she has made throughout the years for the betterment of our communities,” said ICCF President Tony Johnson. “With everything she has done and continues to do, she truly represents what this award is about: someone who gives of their time, talent and resources to 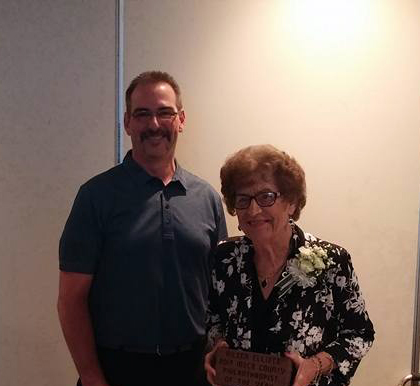 Mrs. Elliott has been involved with Quota International of Iosco County, which aims to empower women, children, deaf, hard of hearing, and people with speech impairments. She has been an active member of Holy Family Catholic Church since moving to Iosco County in 1954 with her late husband Bob, and she volunteers and contributes in many different church activities. She also still actively volunteers her time with FISH, Inc. and St. Joseph Health System, as well as organizing some activities for the residents of Tawas Village, where she resides.

“She is such a loving and outgoing person,” said Blinda Baker, who nominated Mrs. Elliott for Philanthropist of the Year. “At 91 years of age, she continues to do everything she can in support of her church, her community and the nonprofit organizations that are close to her heart.”

In 2014, when the decision was made to begin fundraising efforts for the new East Tawas Library building, Mrs. Elliott gave a $250,000 donation to start the effort and encourage other gifts.

“I know there are other charitable organizations Aileen supports, but I am most impressed with her support of the East Tawas Library.” said Baker, East Tawas City Manager. “I feel extremely confident to say that 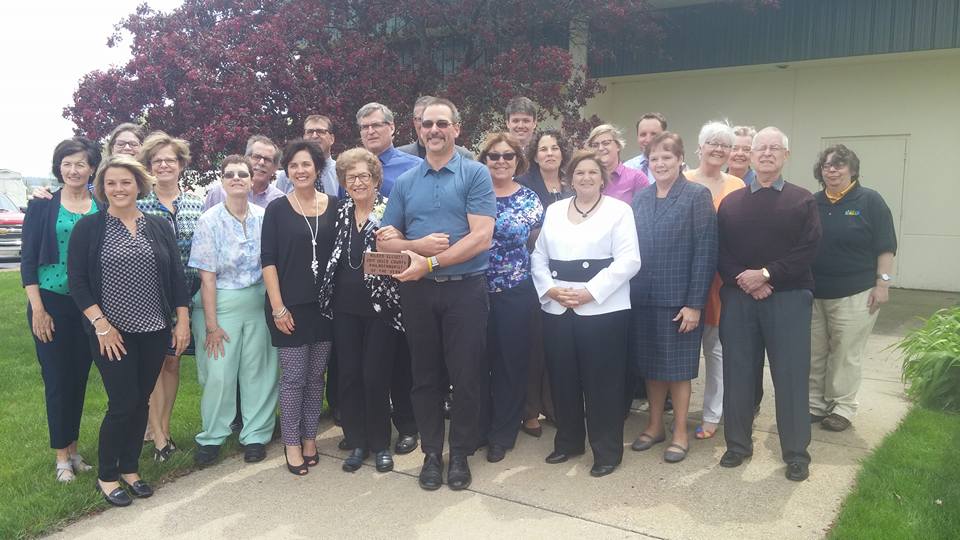 without her support, the new East Tawas Library would still be a dream instead of a reality.”

Baker says Mrs. Elliott’s donation was the impetus for many new gifts and a commitment of $600,000 from the East Tawas City Council to complete that fundraising campaign.

Mrs. Elliott was honored at a luncheon hosted by the Community Foundation on May 24 at the Tawas Bay Beach Resort. She is the sixth Iosco County resident to be named Philanthropist of the Year. Previous honorees are Brad Saegesser of Tawas City (2016), Kelby Ruckle of Whittemore (2015), Kathy Alward of Hale (2014), Jane Meyer of Oscoda (2013) and Dan Stock of Oscoda (2012).