WHITTEMORE – The founding members of the newly-established Whittemore-Prescott Education Foundation (WPEF) announced that they are pleased to introduce this new educational funding organization to the community and to all stakeholders interested in enhancing educational opportunities for students in Whittemore-Prescott Area Schools.

Conceived at a meeting in late 2016, between W-P Superintendent Joseph Perrera, W-P alumni Keith Charters (1959), John Kulhavi (1960), Denny Fuerst (1960) and Garry Gillings (1963), the group embarked upon a plan to organize an education foundation to provide a structured opportunity for former W-P graduates and related stakeholders to invest in the educational opportunities of current W-P students. 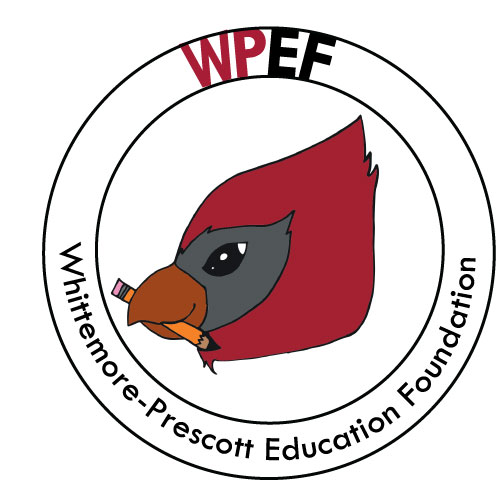 As word began to spread regarding the objectives of this foundation, additional interested W-P alumni enthusiastically came onboard to join the foundation board of directors, including Pauline (Bassi) Ferns (1972), Carla (Lange) Grezeszak (1980), Donald “Jay” O’Farrell (1969) and Janet (Montague) Smith (1980).

The mission of the WPEF is to provide funding for locally-inspired programs aimed at enhancing and improving the educational experiences available to current W-P students. W-P faculty are encouraged to develop initiatives requiring funding which will be presented to the foundation board in the form of mini-grant requests.

A considerable amount of work has been undertaken to assemble a comprehensive alumni database which is now being used, via mailings to W-P alumni, to introduce the foundation to these former graduates and to solicit donations to their alma mater. The WPEF has established an endowed fund at the Iosco County Community Foundation (ICCF), an affiliate of the Community Foundation for Northeast Michigan (CFNEM). The Community Foundation will be responsible for handling the WPEF’s funds in accordance with stringent financial standards.

At the initial formation meeting, Kulhavi announced that in order to infuse excitement and commitment into the initial fund drive, he would personally match dollar-for-dollar, the first $25,000 raised by the WPEF.

“With the known generosity of W-P graduates, we intend to not only raise sufficient funds to fully collect on John’s largess, but we will set a goal of raising $100,000 during our first year of operation,” said Charters, who serves as the WPEF Chairman. “Whittemore-Prescott provided all of us with a great education and a wealth of memories. We now have an organized opportunity to show our appreciation by helping current and future W-P students achieve their goals.”

When asked how the Foundation came into being, Superintendent Perrera replied that Denny Fuerst sent me a letter last year explaining his vision and later we arranged a meeting where he, Keith and John explained their concept with which I completely agreed.  Each of these gentlemen - while no longer living in the W-P district - has an appreciation for what we're attempting to do here at W-P in developing outstanding citizens to take on broader responsibilities as they face the world beyond high school.  Each has been successful in their respective careers: Keith, as the former owner of Embers by the Bay restaurant in Traverse City and long time chair of the Michigan Natural Resources Commission; Denny, a retired vice president for Princess Cruises in Los Angeles; and John, managing director of the Kulhavi Team, award winning Merrill-Lynch financial consultants based in Farmington Hills and also a retired Brigadier General of the U.S. Army Reserves.  With their drive and determination to give back to the school which gave them their start in the business world, I was confident that when we mixed their talents with the many local activists who have come on board to complete the WPEF Board of Directors, we would have a winning combination."

Following the announcement letters now being mailed to former W-P graduates, the WPEF will be reaching out to local businesses and other interested parties to engage them and encourage them to become part of this winning effort to augment the educational opportunities of all students in the Whittemore-Prescott Area School system.

Make a gift to the Whittemore-Prescott Education Foundation Fund