Whittemore-Prescott Education Foundation: Three Alumni Band Together to Help the Next in Line

What do a cruise line communications director, a Barron’s Top 100 financial advisor, and a conservationist/successful restaurateur have in common? For one, they are all graduates of Whittemore-Prescott High School – a small school system on the border of Iosco and Ogemaw counties. All incredibly successful in their respective careers, and now retired, there is a soft spot for the school that started them along a successful path in life. Now they are giving back to help kids at their alma mater have success as well. 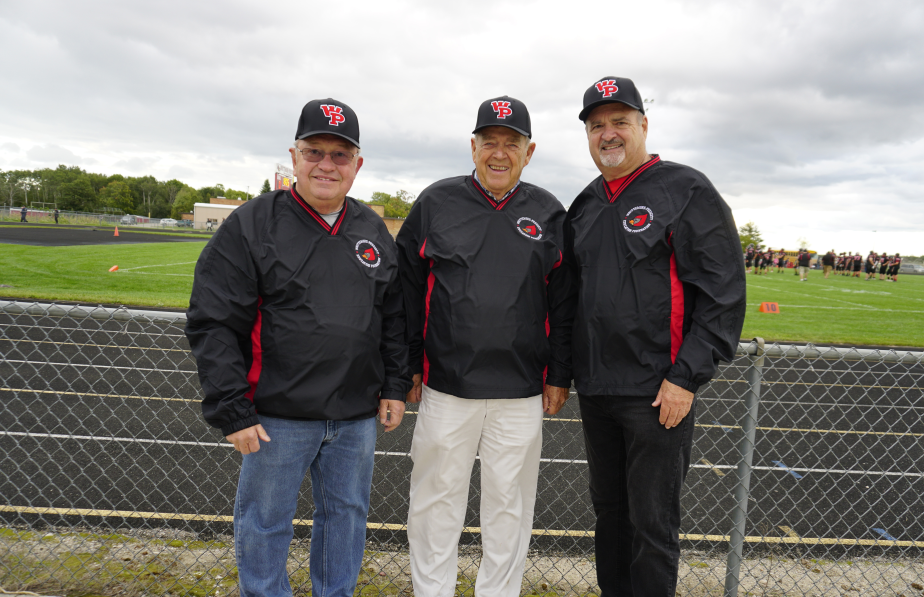 Dennis (Denny) Fuerst, John Kulhavi and Keith Charters (pictured left) have stayed in touch since their high school days, and each credit their small-town upbringing and education as a significant part of their path to success. Until they joined forces, there was no education foundation resource for the school that started it all. The first opportunity to start one slipped away in 2010, and when it presented itself again in 2016, the three men concurred, if not us, then who?

Denny says it was at that point they derived a plan to support their alma mater, but in a different way than many of the surrounding districts had done. They had the strong support of the schools’ superintendent, Joe Perrera, and the backing of Gary Gillings, an alumnus living in the Whittemore area who could serve as a strong local connection and help pull together an effective board. They set up a meeting with the Community Foundation to get started, and did so in a slightly unconventional way.

They were aware that many schools start education foundations to support their students through scholarships, but they did not want to see their funds leave the community and the school.

“We knew that while it would certainly help a student with college expenses, a scholarship through a local foundation wouldn’t be the deciding factor on whether or not a kid went to college,” said Denny. “We wanted to make sure the funds we raised could support every student at WP, so that’s what we set out to do.”

Keith Charters added that the hope for their Foundation is to give Whittemore-Prescott students the same opportunities as those from wealthier areas, with a goal of enriching and enhancing the experience of all students at the school. They would do 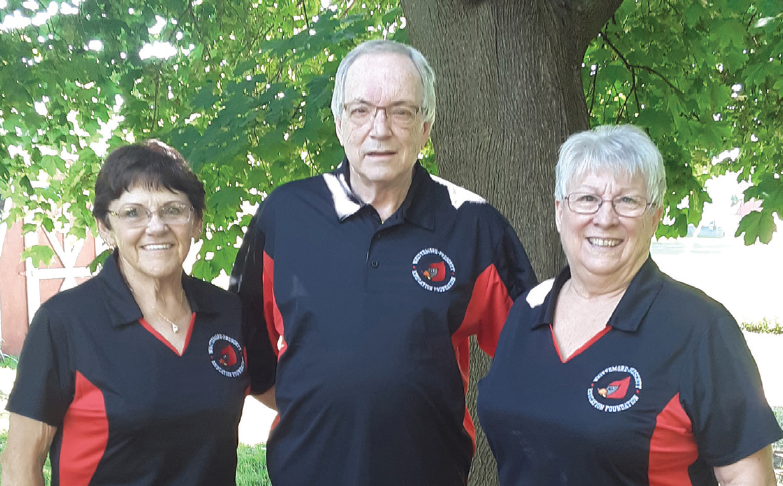 this through grants directly to the classrooms, programs and needs of the school.

“Growing up the way I did, if it weren’t for busing, I never would have been able to play sports,” said John Kulhavi. “These are the types of things we aim to support so budget shortfalls don’t have to impact what a student can or cannot do.”

Once the decision was made to establish the Whittemore-Prescott Education Foundation (WPEF), they partnered with the Iosco County Community Foundation in late 2016 to create an endowed fund to support their goals in perpetuity, and provide an avenue for donors and alumni to give back. Keith and Denny put forward the money to establish the fund, and John made the promise of a significant matching donation to other gifts brought in by
the committee.

Denny and Keith formed a board and began working to raise funds through campaigns to former alumni, golf outings and coordination of the Whittemore-Prescott (WP) All Classes Reunion. As of the date of this publication, through gifts and investment income, the fund sits at over $84,000. So far, the WPEF has funded a science table for STEM classrooms; supported the schools’ robotics team; and helped provide busing for school athletics.

All three men agree with the notion that students from rural towns and small schools like WP are likely to have the idea that success could be hard to attain, but they see it differently. 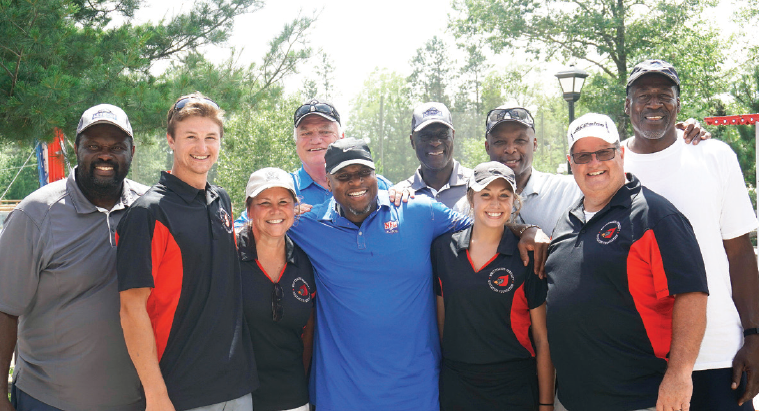 “I always felt that graduating from a small school in a rural area was valuable. It taught me the ability to do things urban kids couldn’t do, like hunting and swimming and exploring,” said Keith. “I truly feel I had an advantage over kids from the city because we had to find our own answers; had to find our own ways.”

John Kulhavi says he grew up at poverty level and would not change that experience for anything.

“I wasn’t the smartest kid in school, but I worked hard. I still work hard,” says John. “And if you want something bad enough, you can do it. A good work ethic prevails.”

As the board looks to the future of the WPEF, Denny says their board’s hope is that more school alumni and local community members will step up to donate, and even consider a legacy donation to support the school and create sustainability for the efforts. Why?

“We owe it to them,” says Keith. “I feel we owe some of our success to the school we began with. Why not help the next generations? It’s the only way we can pay back the education we received.”

When it comes to the work of promoting WPEF and building the fund’s assets, Denny (who now lives in Santa Clarita, Calif.) and Keith (who lives in Traverse City most of the year) often make the effort to join board meetings in person when they can. Denny works diligently to promote the WPEF through social media, newspapers, and sharing updates and features on fellow alumni who support their mission. They rely on John’s connections and business interests to hold fundraisers like no others in northern Michigan, drawing former Detroit Lions’ players, pro golfers, and having the complete use of Michigan’s second largest amusement park, Cedar Valley Wild Frontier Fun Park, which John happens to own.

Moving forward, Denny points out that a next generation of alumni will need to step up to continue the work, and hopes that other graduates of the school will see the value and importance of helping the next ones in line at their alma mater.

With the shared history of their days at Whittemore-Prescott, and connections that have lasted through the years, these three men are quick to point the finger at one another, and others, for who has helped this endeavor the most, never taking the credit for themselves. It is clear from the outside looking in that all three, and those on the ground level of the WPEF, have had an equal share in its success.

In the end, what is obvious is the heart these men have for the experiences that shaped their own lives, and the drive to lift up those who follow them. And there will be generations of students who can thank a small group of people for that vision.

Keith Charters graduated from Whittemore-Prescott Schools in 1959. He spent the majority of his career as co-owner of The Embers on the Bay in Traverse City. He also ran a successful consulting company centered on growth management and land use. Having been appointed by Governor John Engler to the Natural Resources Commission, Keith was its longest serving chairman. His proudest claim to fame is being the only living person in Michigan for whom a State park is named: the Keith J. Charters Traverse City State Park.

Denny Fuerst is a 1960 graduate and avid athlete from WP. Denny spent most of his career as a travel industry executive. He was vice president for Princess Cruise Lines for 19 years, eventually retiring as vice president of Uniworld, a river cruise line for Russia, China and Europe. His career has allowed him to travel to 45 countries and five continents.

John Kulhavi also graduated in 1960 from WP. An Army and Army Reserves veteran, John served as a helicopter pilot and flight leader in Vietnam, and was in charge of mobilizing Reserve units during Operation Desert Storm. During his time in the Reserves (from which he retired with a rank of Brigadier General), he began a successful career with Merrill Lynch as a financial advisor. Aside from his involvement with WPEF, John owns multiple businesses and has many philanthropic efforts. He is proud to be CMU’s largest living benefactor supporting its neuroscience program, business school, athletics, and other programs.