Beach and Kellie Hall - When Giving Back Comes from the Heart

Giving back to your community most often comes from the heart. And many times what we are passionate about has much to do with our own experiences throughout life. For Beach and Marianne (better known as Kellie) Hall, their lives and community involvement are a perfect example of it. 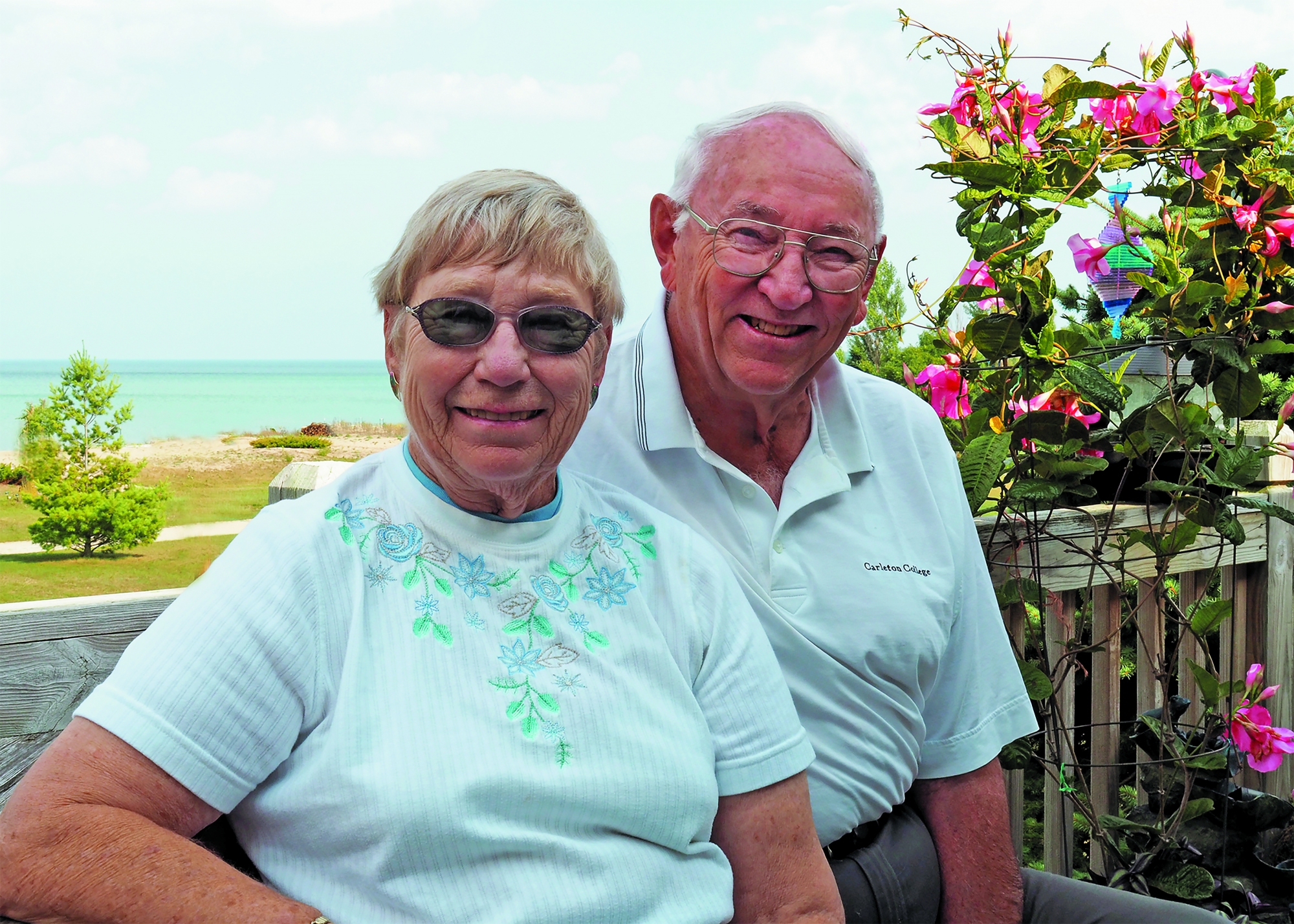 “We think it’s important to give back,” says Beach. “We’re all responsible for doing what we can to make our communities a better place.”

The Halls found Rogers City while sailing to the North Channel, and they fell in love with the port town and decided to retire there. They bought a home in 1982 which they rented out until they were ready to move and live in Rogers City permanently. Beach served as the Rogers City Mayor for six consecutive terms, and Kellie has remained active volunteering at church and for their alma mater, Carleton, as editor of the Class of ’53 newsletter. She also believes strongly in giving back.

“You don’t have to have a million dollars to make your gift worthwhile,” says Kellie. “When you’re able to give back to your community, it’s a win-win.”

Beach and Kellie became involved with the Community Foundation for Northeast Michigan more than 20 years ago. Having become familiar with community foundations while living in Oakland Township, Beach frequently would drop into the CFNEM office with publications from other foundations and ideas of things CFNEM could be doing.

“He came in so many times with annual reports and letters from other community foundations,” said Barb Frantz, CFNEM’s Executive Director. “Finally I told him, ‘You have so many good ideas for us. You know who else give us great ideas? Board members.”

Beach became a member of the Community Foundation shortly after moving to Rogers City, and served as the Board President in 2003.

The Halls have established three charitable funds through CFNEM. One of those funds is the Hall Presque Isle County/ARMC Scholarship Fund. Beach’s involvement with the health care system both in his career and retirement led the Halls to the realization that young people, although desperately needed to work in the medical field in northern Michigan, were going away to school and not coming back. They knew that young men and women in Presque Isle County needed encouragement and financial support to pursue their education. This scholarship is awarded to students from Presque Isle County who have at least one year of college under their belt, and who are enrolled in college to study in the field of human medicine. Their deepest hope for this fund is that those who receive the scholarship will be inspired to serve northeast Michigan during their medical career.

Beach’s terms as mayor and the couple’s community involvement led them to realize their community needed opportunities for arts and cultural events, and that’s when they established the Hall Fund for Rogers City Arts and Education, aimed at supporting the arts in Rogers City. They also established a Westminster Presbyterian Church Endowment Fund to help the church fund mission concerns.

The Halls are a fine example of what it means to give back to your community in a way that is truly meaningful and close to the heart.